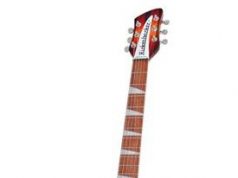 Think ‘unplugged’ and the image that comes to mind is a band or artist playing tracks that had previously been recorded on amplified instruments like electric guitars or synthesizers being played on acoustic instruments or piano. The word became part of the popular MTV series launched in 1989 but the unplugged seeds had been sown 20 years previously.

Elvis Presley and The Beatles started a trend of recognised performers being captured in informal settings or in studio jamming sessions. But, although the sessions were forerunners of the unplugged format, they came about more by accident than design.

By the late 1970s high-profile unplugged performances began to creep in and the first one of note came in 1979 from The Who’s Pete Townshend at The Secret Policeman’s Ball, one of the Amnesty International benefit productions in London. Townshend ditched his trademark electric guitar (a Rickenbacker 360 Fireglo ) to give Pinball Wizard and Won’t Get Fooled Again the acoustic treatment.

That set the unplugged ball rolling and the show’s sequel show in 1981, The Secret Policeman’s Other Ball, featured acoustic sets by the likes of Bob Geldof, Sting and Phil Collins. The trend blossomed throughout the 1980s but the concept had still not been tagged unplugged.

Jethro Tull became the first band to play on MTV in ‘unplugged’ mode on MTV in 1987 when the acoustic trio of frontman Ian Anderson and guitarists Martin Barre and Dave Pegg performed a couple of tracks. XTC gave an acoustic set in spring 1989 and in the same year Jon Bon Jovi and Richie Sambora gave Livin’ on a Prayer the acoustic treatment at an MTV awards night.

The Unplugged tag was applied officially for the first time in November 1989 with Squeeze the first band to play.

Over the years there have been dozens of critically-acclaimed Unplugged programmes. Nirvana’s set on the MTV show was one of Kurt Kobain’s last TV appearances. It was recorded in November 1993, about five months before Cobain died.

Most bands played versions of their hits and other original tracks but Nirvana bucked the trend by playing covers by the likes of David Bowie and Lead Belly and some of their less well-known material.

The only recognised hits were All Apologies and Come as You Are. This heralded a different approach to other Unplugged performances, where artists usually perform their hit singles and other self-penned material.

In the same month Duran Duran filmed their acoustic performance after a pause in the band’s world tour caused by wear and tear on Simon Le Bon’s vocal cords. Unlike Nirvana Duran Duran churned out their classic hits and Unplugged, which was well received by critics, marked Le Bon’s return to top vocal form. 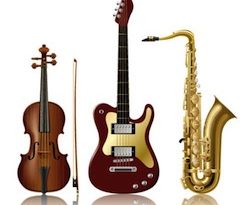 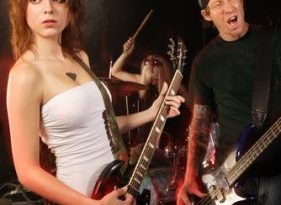 How To Form Your Own One-Man Band