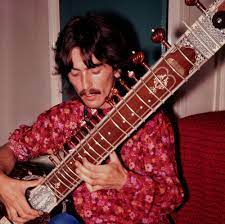 When you hear a sitar, you often make the association with the country of its origin – India.

But we sometimes forget that the sitar has become a relatively frequent instrument used in today’s pop music.

What exactly bridged the gap between Indian music and western music, and when did that happen?

What brought the sitar from India to the West?

In short, George Harrison of the Beatles did.

To say it was him alone would be overly simplistic:  Harrison took an interest in Indian music and started taking lessons in the sitar from Ravi Shankar, a famous composer and player of the sitar who is still alive today.

When Harrison started using the sitar in Beatles songs like “Norwegian Wood (This Bird Has Flown),” people became more aware of the instrument and its popularity took off from there.

You’ll also notice a sitar on the Rolling Stones song “Paint It, Black.”

What makes the sitar such a unique instrument?

For one, the sound it produces is unmistakable:  it creates a sharp but deeply-resonating “twang” that can sound interesting in both low and high notes.  The sitar looks like a long version of an acoustic guitar, but can sometimes have over twenty strings lining it, as opposed to more familiar string amounts like six and twelve strings.

The sitar is also built for being played while sitting, which is a stark contrast to the way traditional Western guitars are played.

Today, it’s not unheard of to hear a sitar (or sitar-like sound) played in pop music that tries to evoke Indian or simply “ethnic” sounds, and it can be a welcome departure from the instruments most listeners are familiar with.

Many pop recording artists might use the sitar to provide a simple riff as a transition between sections, while others might be more inclined to make a sitar sound central to the song itself.

When you hear the sitar, you’ll now know a little bit more about its origins in Western music, and how George Harrison’s interest in the sitar helped popularize its usage in our modern pop culture.

How to Pick a Bass Guitar that Suits Your Style 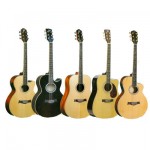 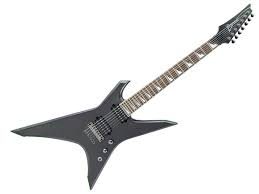