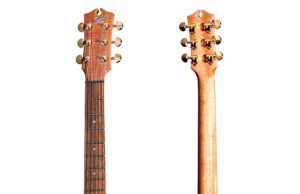 Never heard of the Maton Guitar?  Then you’re probably not from Australia.  Maton has been building guitars since the 1940’s, and now has a reach in countries as far as the U.S., Germany, and the U.K.  But what exactly makes the Maton guitar so special, and such an iconic part of Australian guitar music culture?

There’s a reason Bill May, the founder of Maton Guitars, was inducted to the Australian Music Association Awards hall of fame: the impact these Maton Guitars have had on Australia as a whole.  Let’s take a look at that impact and learn a little more about this unique brand.

Maton guitar’s influence has reached as far as the Beatles, with George Harrison owning a MS500 model.  As you might imagine, they’ve also played a significant role on this side of the pond with firm footing in Melbourne.

A guitar’s influence starts with who uses it, which serves as a gauge for the kind of craftsmanship the guitar offers.  In the case of the Maton guitar, various models have appeared with the aforementioned-Beatles, the Kooks, children band The Wiggles, and even Queens of the Stone Age.  The variety of bands the Maton guitar has touched suggests not only its widespread influence, but its influence over time as well. 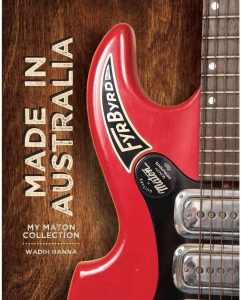 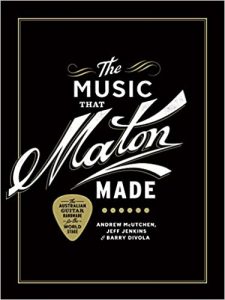 Shop the Music Maton Made here

Okay, so what exactly makes a Maton guitar a Maton guitar?  You’ll find the usual suspects at the Maton web site, including acoustic guitars, electric guitars, mini Matons, and even an “Australian” series bent on making the Australian influence on music both unique and pronounced.

Maton guitars also offers custom guitars that you can’t find anywhere else, and for the true music buff who loves an individual sense of style to go along with his or her musical instruments, the investment is well worth the upfront cost.  How many people can say they have a custom-made Australian Maton guitar in their collection of musical instruments? (Note:  To get a comprehensive view of the different makes and models of Maton guitar, check out their site map).

For the window shopper, it’s interesting to note that Maton offers tours of their facilities, so make sure that you contact Maton in advance to learn more about these tours. They can also make a nice experience for someone who’s visiting Australia.

Even if you’re not in Australia, you can possibly find a Maton Guitar near your hometown, as their presence extends to Europe, Asia, and North America.